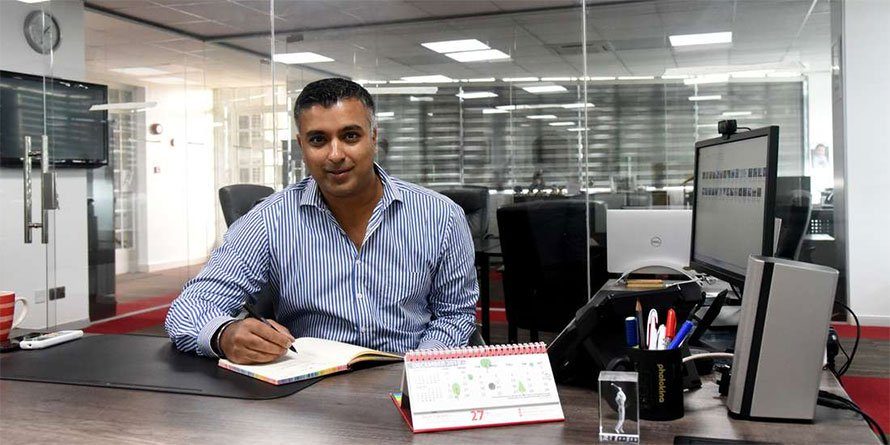 In 1991, Jyoti Mukherjee opened an information and technology firm with her eyes set on developing patent software. This seemed a herculean task at the time, but looking back at the enterprise’s journey one would be correct to say hers was an idea worth every effort.  About two decades later, the company is forging a unique path, and giving the big boys in the sector a run for their money.

Software Technologies Limited (STL) started off with a capital base Sh300,000 and only two computers. However, over the years it has grown into a company that develops original software and no longer sells third-party products.  “Everything we develop is our own intellectual property. We are basically able to adapt to the local challenges because it is our software,” Chets Mukherjee, the operations director and one of Jyoti’s children, told Enterprise.

STL mainly develops software in three core areas — human resource, people and governance. Chets says the company only develops software for the areas it has domain knowledge. Chets’ mother, a former chief executive officer of the company and a governance expert, laid the foundation for the three areas that has seen STL witness tremendous growth over the years and has remained strong and resilient in an environment where start-ups face a myriad of challenges with a good number of them shutting their doors before their fifth birthday.

The company currently has 100 staff — all Kenyans except one expatriate — who mostly train students in the firm’s educational subsidiary, Software Training Institute. Chets says that the lack of graduates with practical and up-to-date skills that form the core of any software developer compelled the company to establish the educational facility in 2004.  “We train students fresh from high school who mostly are unable to pursue their higher education.

The school provides us with a ready talent pool,” he told Enterprise. The school trains between 200 and 300 students annually with the top five every year assured of employment at the Software Technologies Limited. Scores of others go on to join some of STL’s corporate clients and others have obtained opportunities in foreign companies, including those in the United States, UK, Germany and Australia.

Safaricom, the Kenya Pipeline Company, Equity, Commercial Bank of Africa, the Retirement Benefits Authority, the Energy Regulatory Commission and KenGen are some of the IT firm’s high-end clients. The firm recently developed its first e-board software in French targeting West Africa. This is part of the firm’s expansion plans which include set ting up an office in Mauritius to offer technical support and after-sales service to Cameroon and Ivory Coast among other nations it is targeting in the region.

Software Technologies has participated in Business Daily’s annual Top 100 competition for the last ten consecutive years. It was named category champion for the ICT sector at this year’s gala. The competition targets small and medium enterprises whose annual turnover is between Sh50 million and Sh1 billion. The founder of the software firm has a glittering track record of steering it into recording a number of milestones.  Amongst her notable achievements include winning the Top ICT businesswoman in Africa in 2007.